Couture is one week old ! And when I'm writing this article, we reached 1699 downloads! Thank you guys and don't hesitate to spread the word, in our world there's still too many 3D artist which are terrified with cloth retopology !

I have two feedback from user that I need to share with you.

However on Linux there is a difference between "\" and "/", I developed coutrure on windows so you might need to change that on the folderPath

You can add this line on line 62 in the coutureUI.py

Be carefull when you're importing a mesh in obj, because maya might carry some unwanted object that will complicate the work of pymel.
When I need to convert a node to Pymel I use the script

And if you have some node with the same name it won't be able to work. 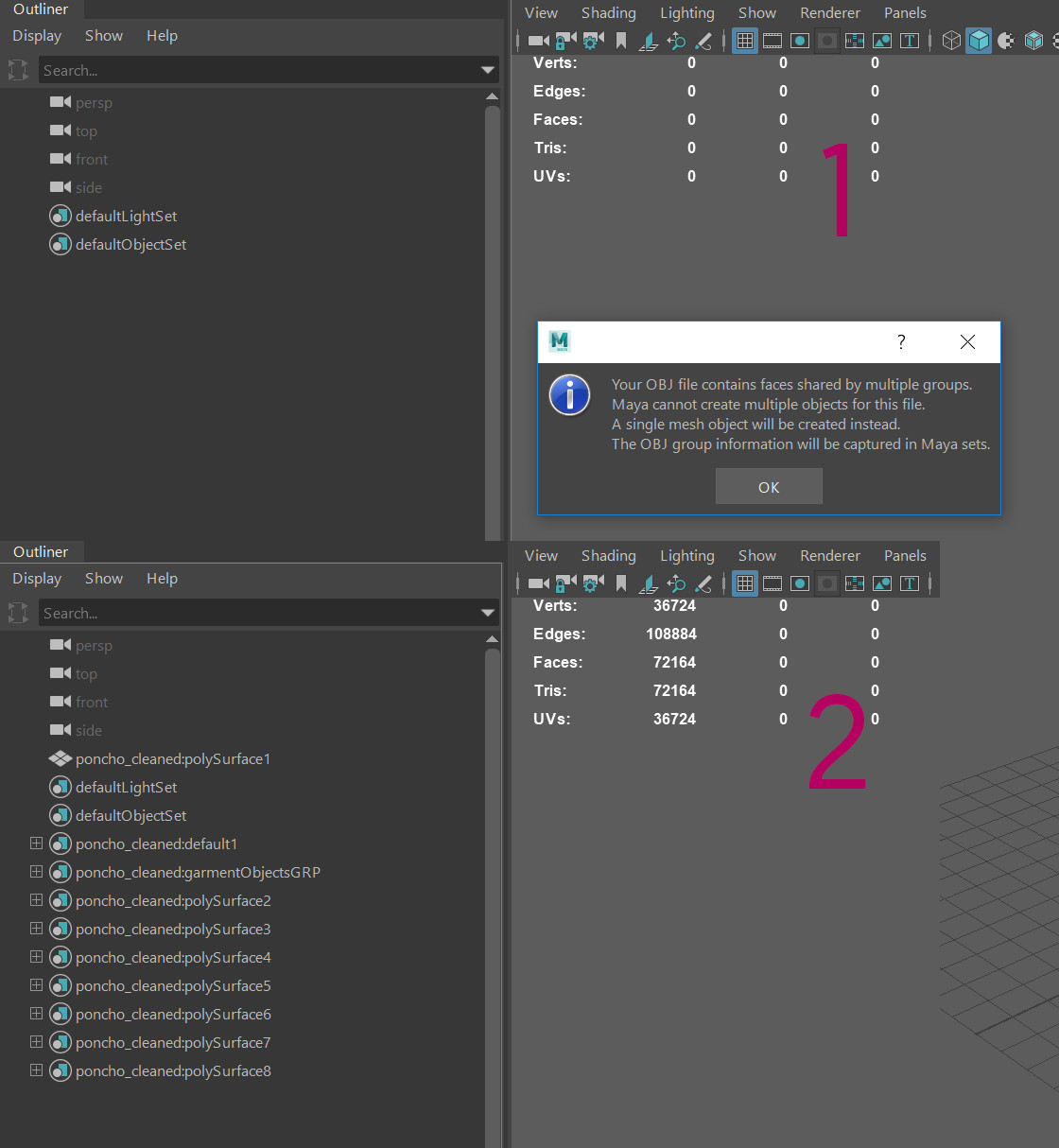 We can see on this example that maya will import in the outliner some groups in maya sets. Simply delete those and you are ready to go !

Thanks to Min-Yu Chang and Travis Smith for the feedbacks !